Skip to content
Our team independently selects, reviews, and identifies the best products. We may earn affiliate commissions on purchases made from links on this page. Learn more 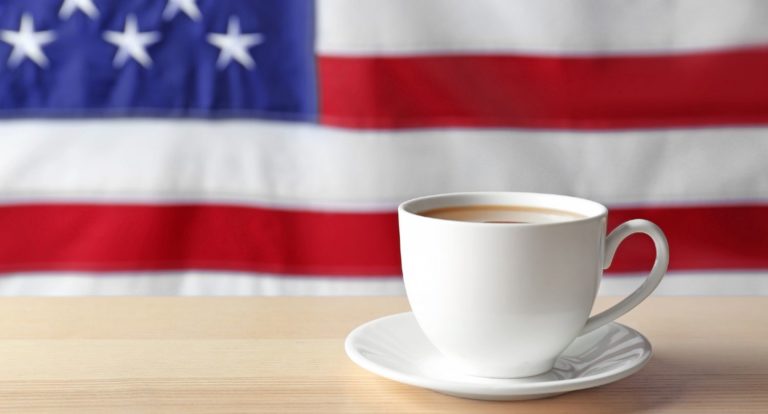 American made coffee makers are a scarcity these days. More companies outsource their manufacturing to countries with cheap labor and less regulation, in order to maintain a competitive pricing strategy and increase their profits.

Whether you’re conscious about the workers or the environment (or both), buying coffee makers made in USA is a great choice. Not only do you ensure that your neighbors keep their jobs, but you reduce the carbon footprint when products aren’t shipped from overseas.

We spent hours on research in order to curate a list of of the best American made coffee makers. While this list isn’t fully exhaustive, we keep it updated accordingly once new products are discovered.

“Made in USA” vs. “Assembled in USA” and what it means

The only real claim protected by the FTC is the Made in USA claim, which is strictly controlled and regulated. If a product claims to be made in the USA, it does in fact mean that it’s made from parts and labor produced and performed within the US. You can read more examples and definitions on the Federal Trade Commission (FTC) page about this particular matter: Complying with the Made in USA standard.

If a product is assembled in the US, it usually means that parts are produced and imported from elsewhere and put together by hand or machine in a facility based on US soil. This is not necessarily a bad thing, but it’s worth knowing the differences.

Below is a table that explains what those different labels mean.

Since the range of coffee makers that carry the FTC approved label “Made in USA” is quite small, we extended our list to also include products that are assembled in the United States. We believe products that are assembled in the US are worth considering, especially if you can’t find what you’re looking for among the few “Made in USA” options available.

The Filtron Cold Brew Kit is made in Westminster, California. It’s perfect for those who prefer their coffee cold and want to make a large batch, as the coffee concentrate will last for up to 4 weeks (source: Filtron).

With this American made system you’re looking at reduced levels of oil and acidity in your coffee, and buyers generally seem to love it because of the balanced coffee yielded from a brew.

Based on Loveland, Colorado, Toddy makes a great cold brew system fit for home use or professional use.

Their flagship brewer is the original Toddy Cold Brew System, which yields up to 38 ounces of delicious cold coffee at a time. You can also get professional systems that yield up to 10 gallons of coffee – great for local coffee shop owners.

Takeya was originally a Japanese manufacturer of plastic products, dating back to 1961. Since 2007 they’ve had an American presence through Takeya USA, with a manufacturing facility based in Columbus, Ohio.

Although Takeya doesn’t make all their products in the United States, their Cold Brew Coffee Maker is indeed made in USA. So, despite not being an American company, they do in fact support local communities through their domestic presence.

The Bunn-O-Matic Corporation, better known as just BUNN, prides themselves of “five generations of family entrepreneurship“. However, despite the entrepreneurship, Bunn doesn’t meet the FTC-requirements for products made in the United States because of parts being sources from outside the US. They do assemble their products at their own facilities in Creston, Iowa, with a few exceptions being manufactured in China and elsewhere.

Bunn Speed Brew coffee makers are extremely popular with American buyers, and they have a very unique way of making the coffee. Instead of heating the water at an on-demand basis, the water stays hot inside the tank. This means that whenever you want to brew a fresh pot of coffee, you simply switch it on and water is immediately dispersed from the shower head over the filter basket.

Medelco, Inc. was founded in 1976 and is a family owned business based in Bridgeport, Connecticut. Medelco has a very interesting history with their founder Walter Wolczek, an electrical engineer, inventing the talking scale. This was in fact their very first product, which became a great help for the blind. Another interesting fact is that the name is actually derived from their original product line: Medical electronics.

The Cafe Brew brand came by later on, and although their products do not qualify as being made in the USA they source their parts and materials from high quality suppliers in Germany and elsewhere. Their coffee makers are assembled in Bridgeport, Connecticut.

Among the most popular products you’ll find a double wall French press made of stainless steel and a pour over coffee maker.

You may think that an old American company like Chemex source all parts from domestic providers, but actually the majority of their components are imported from faraway suppliers. According to this article from Sprudge glass is formed in Croatia and Taiwan, and the wooden collars are made from Malaysian rubber tree plants. The leather tie, however, is supplied by Rawlings – the baseball mitt manufacturer down in Tennessee.

With components being brought in from faraway places, Chemex mainly utilizes their facility for the production of paper filters and assembly of their coffee makers.

Chemex is widely popular and known all over the world for their chic pour over coffee makers, that are generally praised by users across multiple online stores.

Pour Mason (made in USA)

The Red Rooster Trading Company takes pride in making their own products in small batches. For instance, the Pour Mason is hand-turned in Brooklyn, New York. It is made from aluminum with a heat-resistant, food-grade finish, and as the name indicates it fits perfectly in a mason jar which they happen to sell as well.

Because this product is made by hand you’re looking at limited availability, and they sell out regularly. You can get notified on their website when stock is available.

As much as we love pour over coffee, we dislike the time and effort it takes to make it properly from scratch. With the Ratio Eight, which is designed and assembled in Portland, Oregon, you’re looking at a machine that automates the pouring of water for a consistently perfect barista-level extraction.

Not only does it make a solid cup of coffee, but it looks really good when doing so. Don’t forget to bring a big wallet, though – you’re looking at a coffee maker with a very hefty price tag.

Aerobie AeroPress (made in USA)

With a compact and durable design, the AeroPress coffee maker quickly became popular with the outdoor community. Quite surprisingly, this little plastic press is actually made in USA from 100% polypropylene. The polypropylene is what makes it as durable as it is, and it’s both FDA and EU approved for use in contact with food.

AeroPress has an extensive universe on their website, where you’ll get to know the inventor Alan Adler who founded the company back in 1984. However, the AeroPress was first introduced in 2005 at a coffee industry tradeshow.

We believe the AeroPress is one of the best travel coffee makers on the market, and we strongly recommend you to check it out of you’re shopping for a great, portable coffee maker.

Why are so few coffee makers American made?

You probably already know the answer to this one. Cost is the number one reason why only a few coffee makers are actually still made in the United States and other Western countries for that matter. World’s biggest manufacturer of consumer goods, China, has taken over production line after production line.

In comparison with the US, China has less regulations and cheap labor, which is a feasible combination for many companies overseas. The reasoning for outsourcing manufacturing to faraway countries like China is to stay competitive in a tough market situation, but also to dominate other markets outside the USA.

Another reason is the availability of raw materials, components, and parts. A coffee maker could very well be made from high-quality components imported from Europe, Latin/South America or Asia, but then the coffee maker is no longer eligible for the “made in America” label. 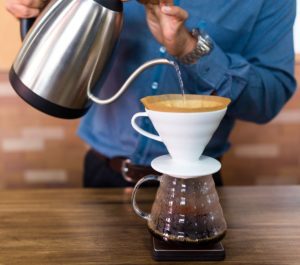 Caffeine Beast is dedicated to coffee lovers all over the world. This is where you’ll find the latest brewing techniques, best gear, and all the geekery you’d expect from your fellow coffeeholics.

A part of Klik1 Media.